Why you should make rosin at home 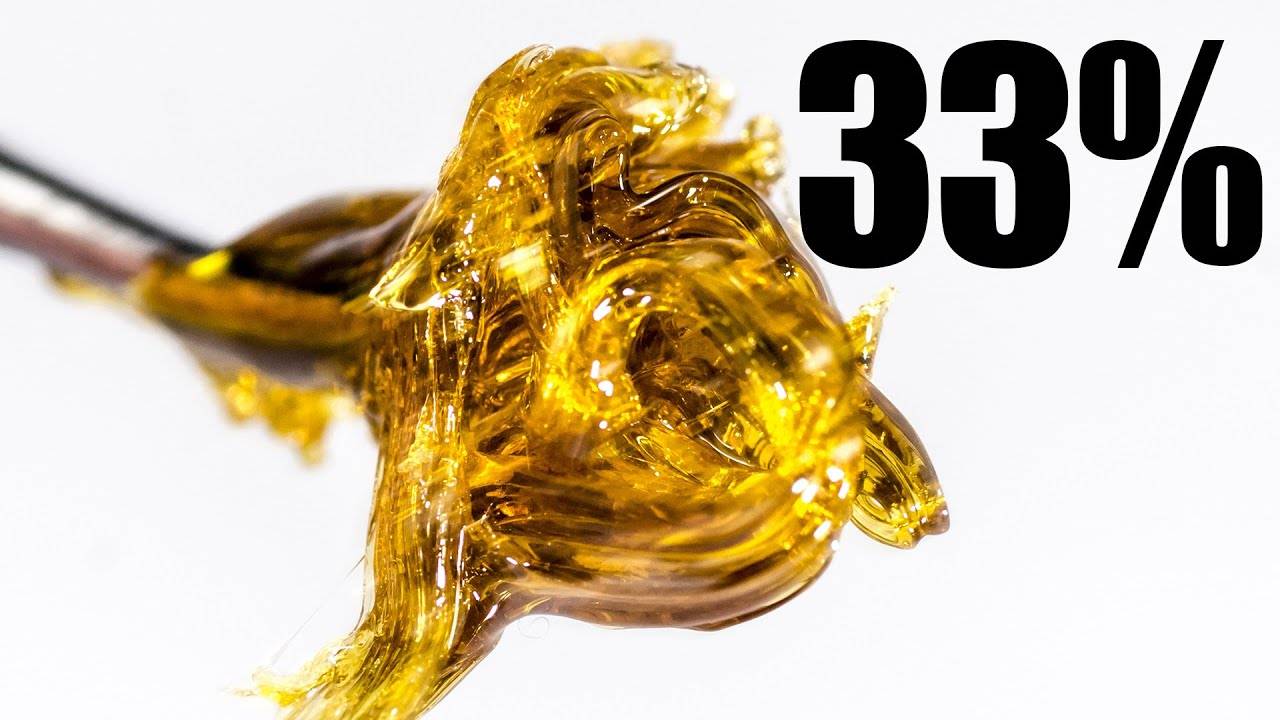 The proliferation of legal cannabis in the U.S. has also led to the proliferation of many different types of cannabis extracts. Hash, budder, wax, shatter, and oil (just to name a few) are all highly concentrated collections of tiny glands called trichomes, which form on the surface of cannabis plants. In addition, there are many ways to extract the trichomes from a cannabis plant. Each of them produce products with varying degrees of purity; the more pure the extract is, the more THC per gram it will contain and the more intense the experience will be. Therefore, the purest form of cannabis extract is the product in the highest demand, as well as the most expensive to purchase.

However, by employing a portable rosin press, a person can easily make their own extremely pure cannabis rosin at home with relative ease. 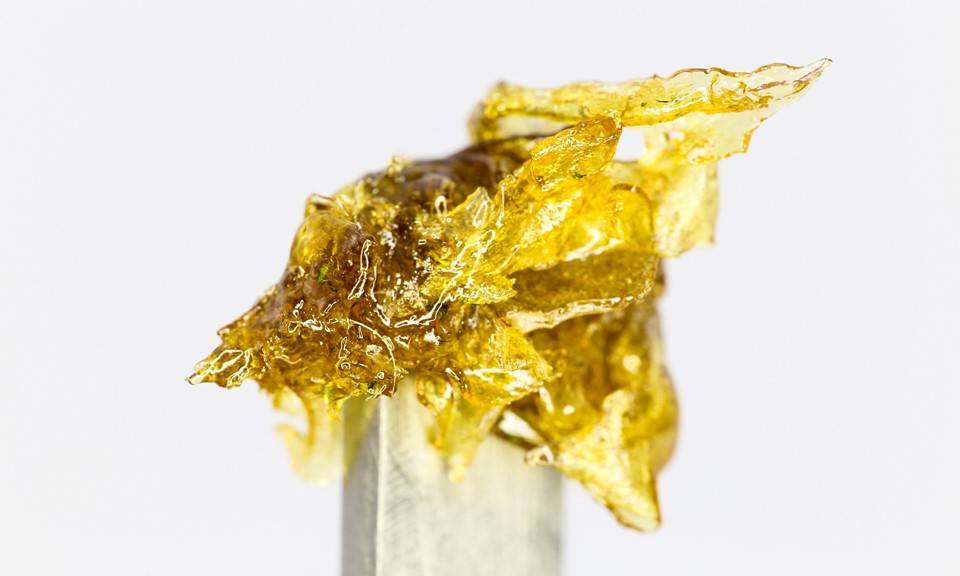 What is Cannabis Rosin?

As mentioned above, both male and female cannabis plants produce tiny glands that grow on the surface of their stems, leaves, and buds. These glands contain the psychoactive compound we call THC (Tetrahydrocannabinol). Additionally, they produce the non-psychoactive compound CBD, several other cannabinoids of little interest, and various terpenes.

All of the desirable compounds are contained in the plant’s trichomes rather than the plant’s cells. By extracting and collecting the trichomes without contaminating them with plant matter, it’s possible to produce the most highly concentrated form of trichomes. When subjected to heat, the trichomes will melt, vaporizing into a form most appropriate for consumption.

The Benefits of Making Cannabis Rosin at Home

Using a rosin press creates a product that rivals the purity of the finest grades of both dry sift and bubble hash. However, rosin can be vaporized (or “dabbed”), which hash is far less likely to do safely. Rosin is actually more pure than concentrates produced by the use of solvents. Alcohol, propane, and butane extract the trichomes, but trace elements of those solvents will always make their way into the final product. Cannabis rosin is made by gently heating and compressing cannabis; thus, it lacks the residue left behind.

For good reason, cannabis rosin and rosin presses have been gaining popularity in the cannabis industry in recent years. Cannabis consumers are also following suit. Fortunately for them, one truly excellent tool for creating rosin at home is the Juice Box Handheld Rosin Press. This is a compact rosin press specifically designed for making cannabis rosin at home or on the go. The unique design prevents the plates from burning the terpenes while also directing the flow of the rosin. Furthermore, the gradual heating of the two metal plates guarantees the maximum possible yield without the need to press your cannabis a second or third time. Thus, the Juice Box handheld rosin press is both efficient and affordable! 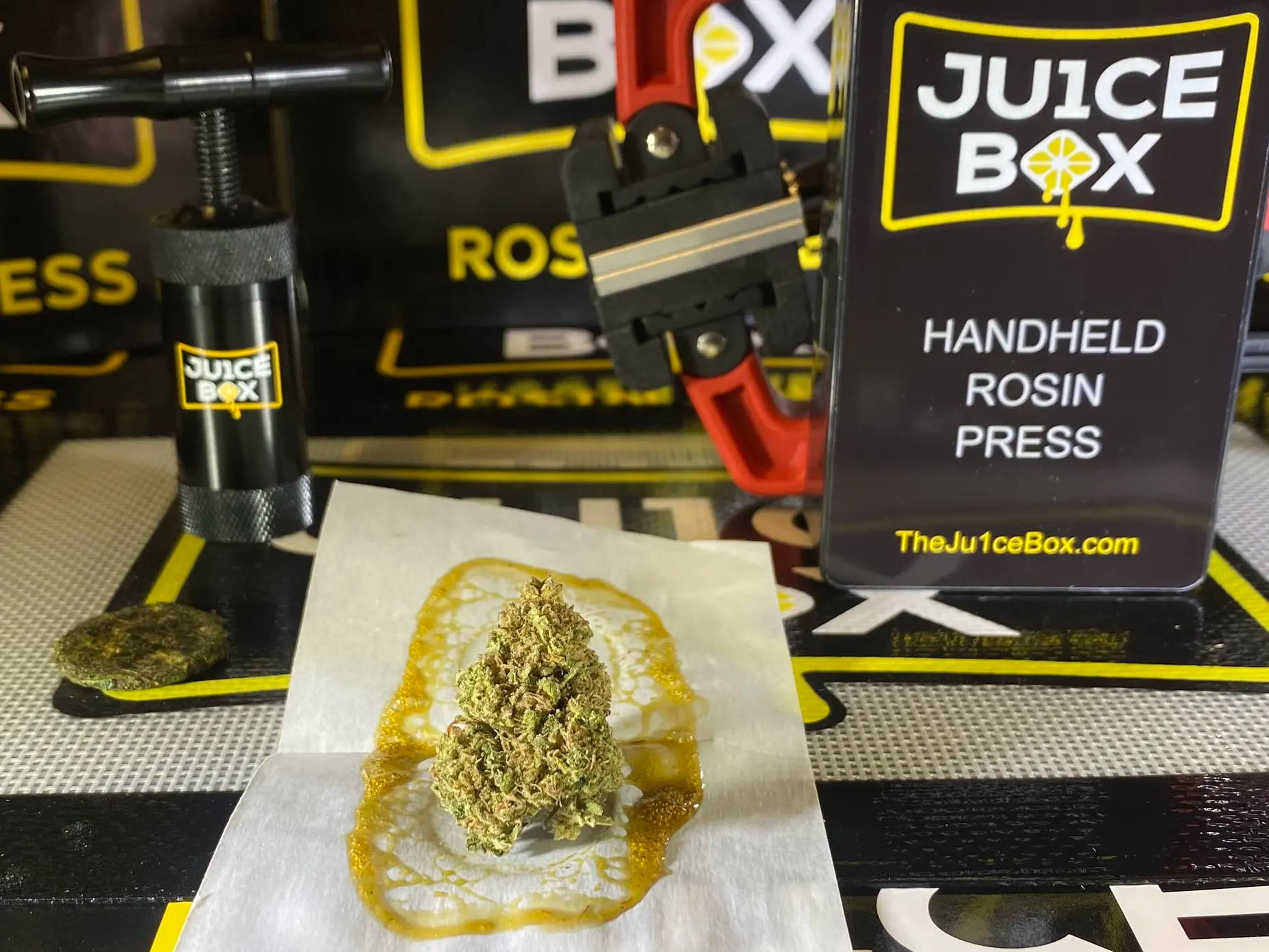 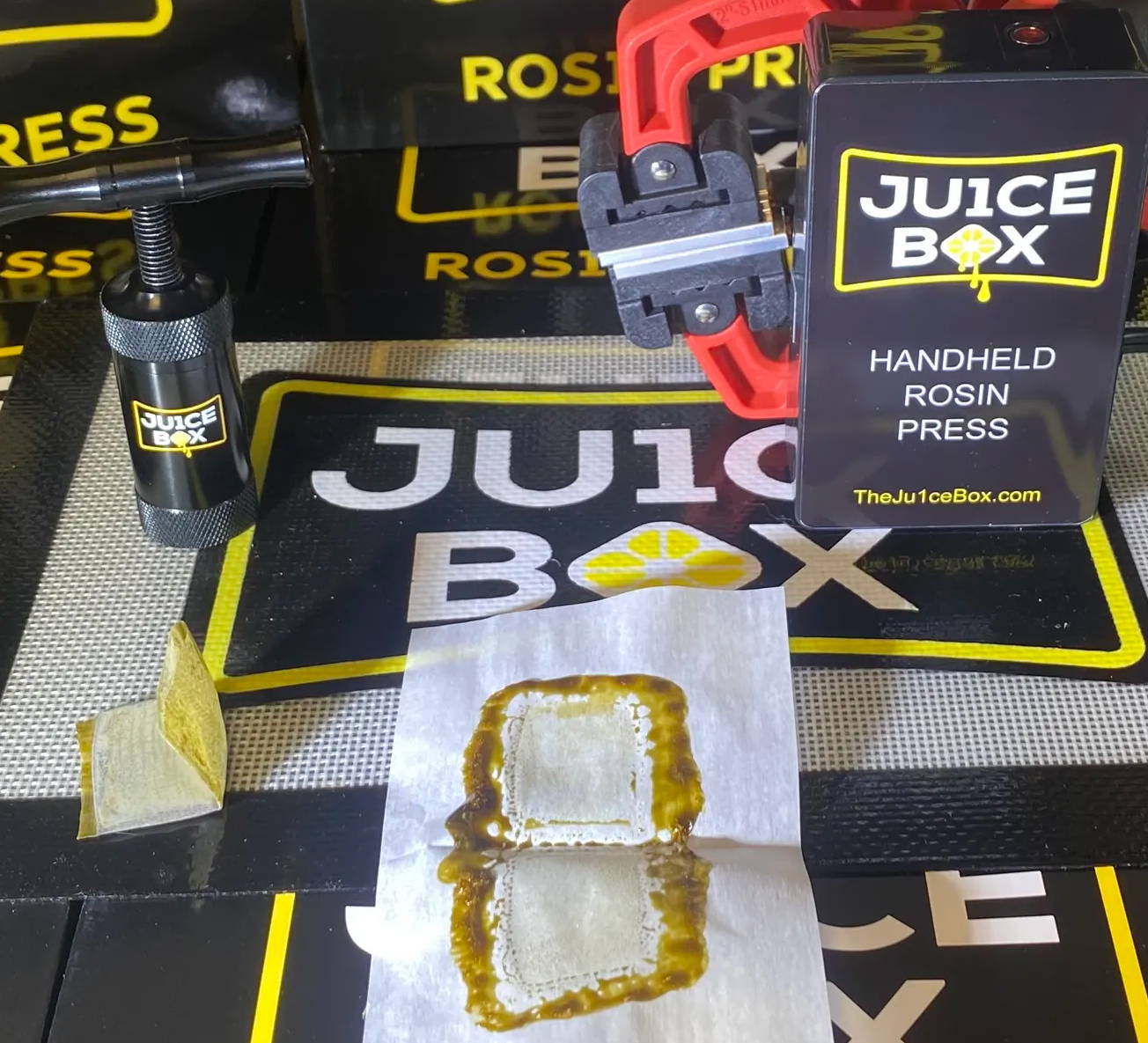 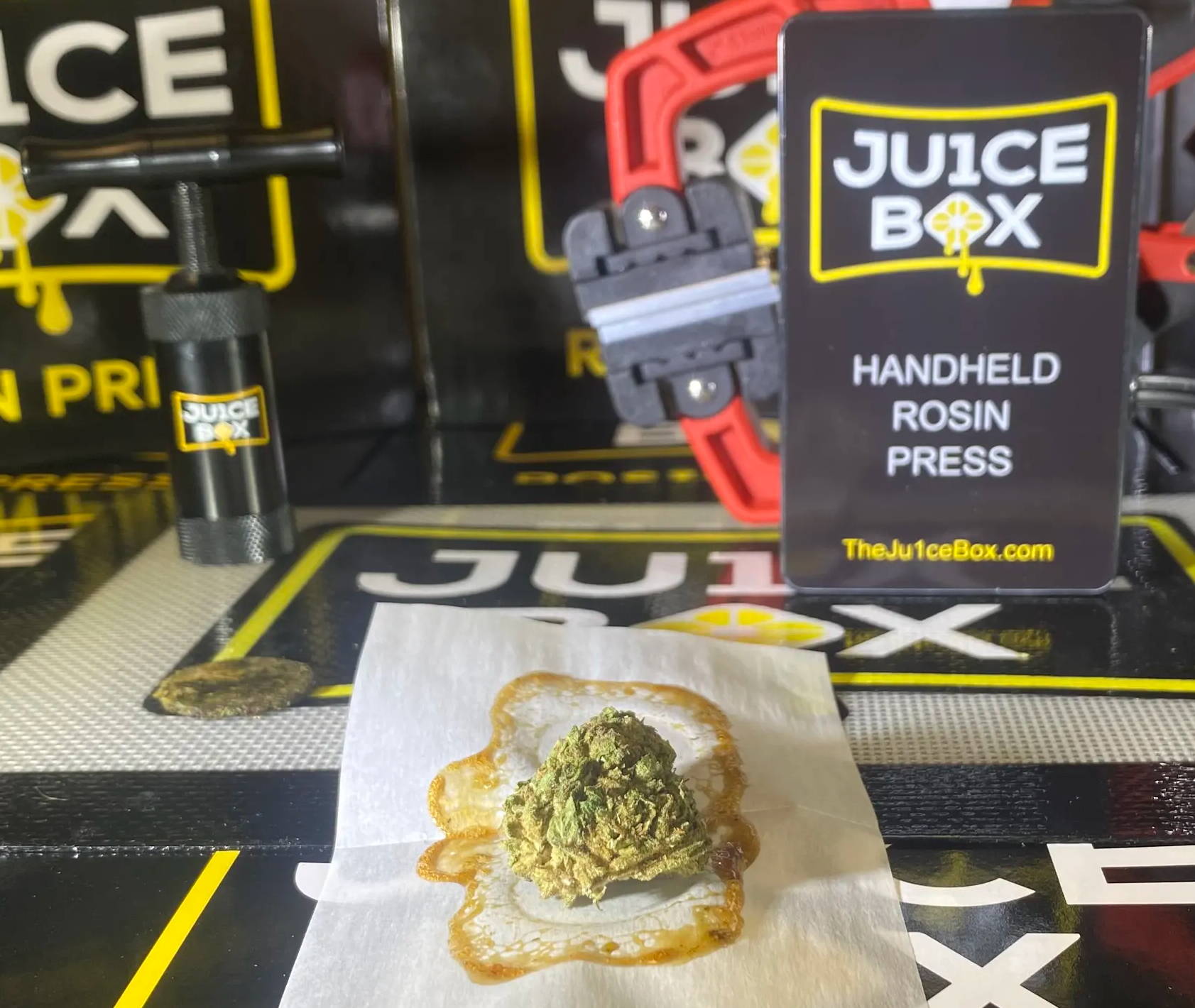 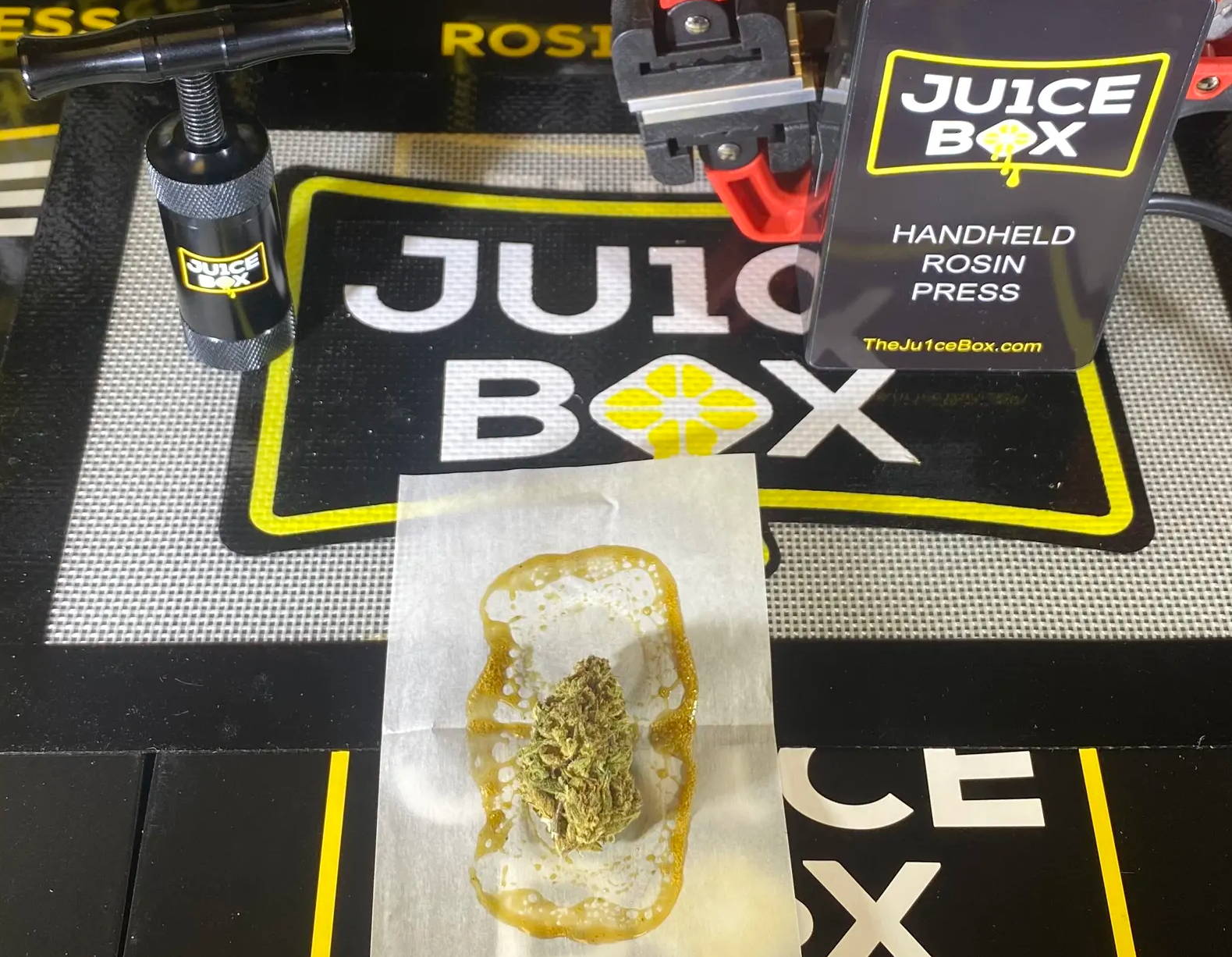 Why You Should Use a Juice Box Handheld Rosin Press

There are several different companies these days who are manufacturing rosin presses. Unfortunately, the majority of such presses are designed for tabletop use. Thus, they are somewhat large and bulky machines designed for high quantity output. Ergonomically designed, the Juice Box Handheld Rosin Press features a pair of convenient padded handles. These enable the user to easily apply the necessary pressure to the heated plates situated between the machine’s jaws.

Many cannabis consumers have reported that by collecting the rosin from their cannabis, they discover that the rosin lasts longer than the cannabis itself. As a bonus, they still have rosin chips left after pressing, which can be used for making cannabis edibles. If you are a cannabis consumer who has no need to make more than two or three grams of rosin a month, then the Juice Box handheld rosin press is the perfect choice for you! 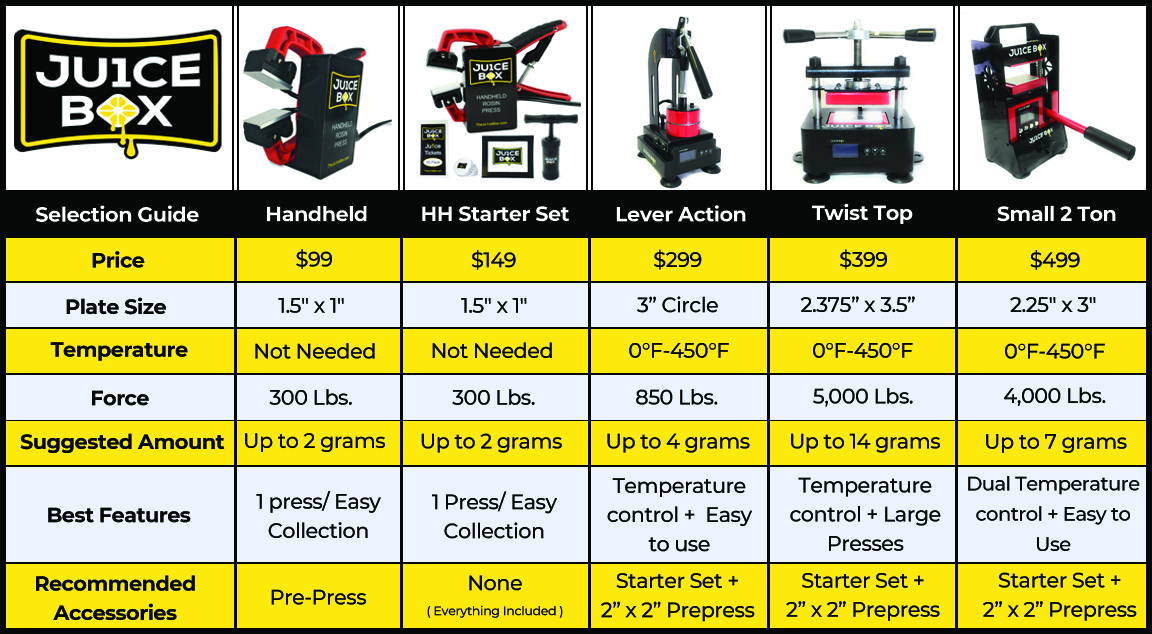 How to make rosin at home