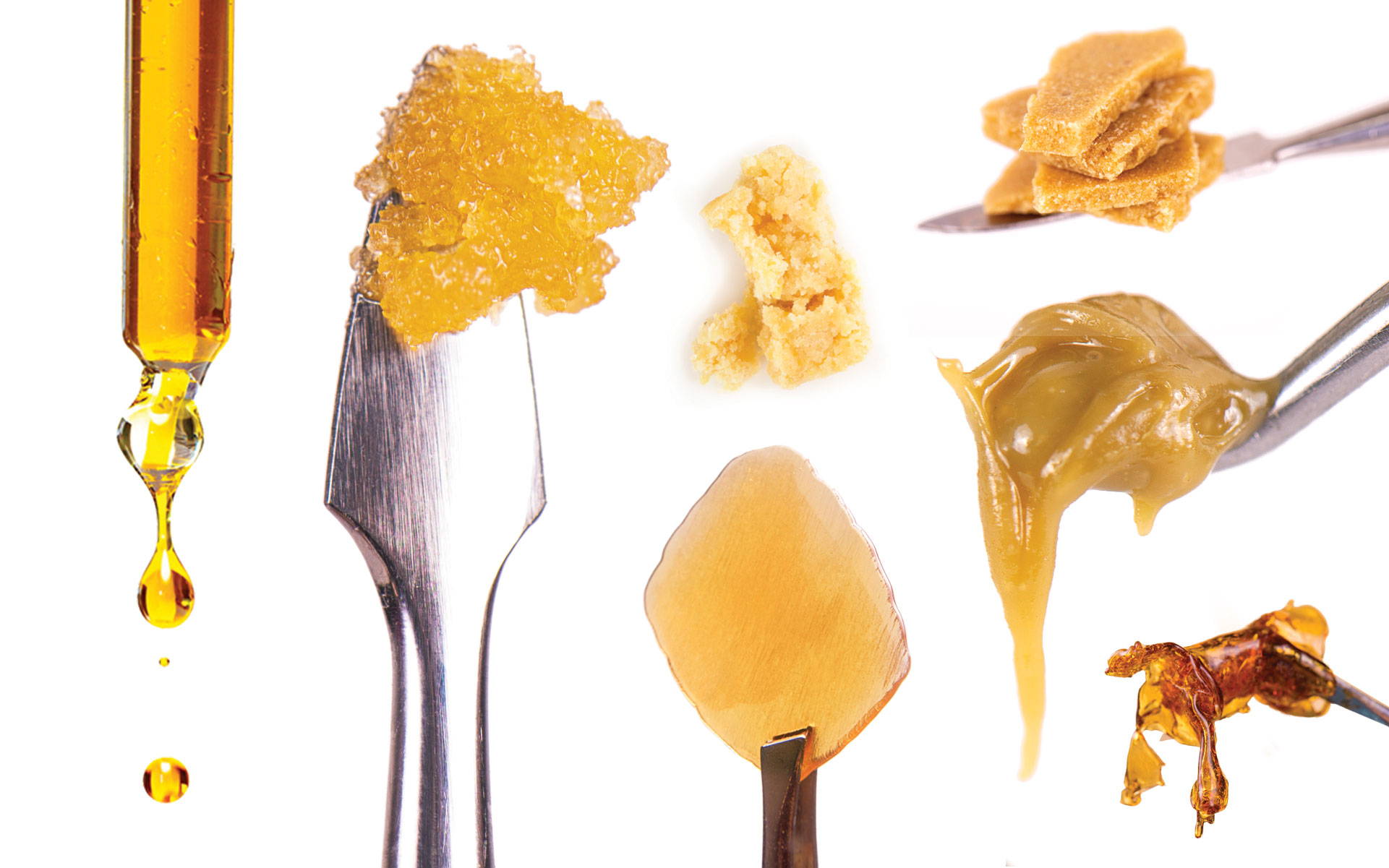 The history of cannabis concentrates is not entirely clear. However, we do know where to begin. Cannabis plants produced THC as an evolutionary means of protecting themselves from predation. The first landrace cannabis strains contained extremely low THC content by today’s standards. High THC content was not necessary to dissuade both animals and insects from eating the plant.

That said, the history of this plant slowly began to introduce itself into the social history of humanity. Once we discovered that ingesting cannabis plants creates psychoactive effect on the human brain, we began looking for ways to concentrate the compound in order to intensify the experience. This led to the development of hashish. 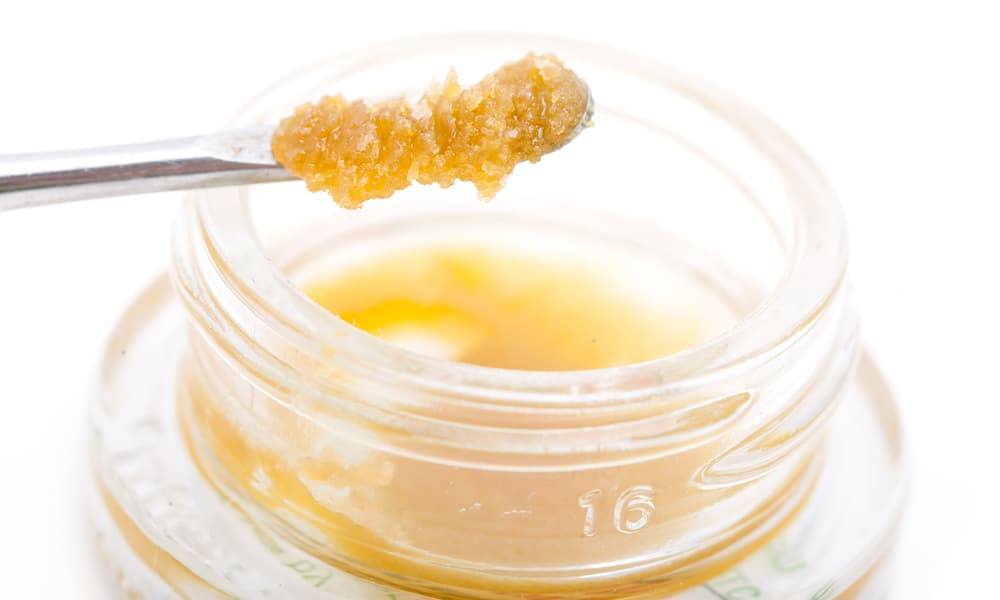 What is a Cannabis Concentrate?

As previously mentioned, cannabis plants are subject to predation by animals and insects. The evolution of the plant eventually created a natural defense system; a compound we call THC. It is a psychoactive substance that causes mild hallucinations in animals consuming it.

THC and other cannabinoids the plant produces (such as CBD and CBN) are all contained in glands called trichomes. These appear on the surface of the cannabis plant’s buds, leaves, and stems. Therefore, a cannabis concentrate is simply a collection of trichomes from a cannabis plant.

Although cannabis concentrates are no longer limited to hashish alone, it is still a popular form of cannabis consumption. There are two traditional forms of hash, each of them defined as solvent-less. Less technical terms refer to it as “hand rubbed” hash and “dry-sift” hash. A more modern form, called “bubble hash”, also exists.

The last of the four types of hash oil is something called Winterized CO2 Hash Oil. Carbon dioxide, when placed under enough heat and pressure, attains a “critical” state. It begins to display the properties of both a gas and a liquid, which scientists refer to as a super-critical fluid. The compound is used to wash ground cannabis in order to separate the cannabinoids and terpenes from the plant material. This process produces a very pure form of hash oil, since it significantly reduces the potentially harmful solvent residue found in other forms of hash oil.

Cannabis rosin requires an entirely different method of production. Live cannabis buds or buds that have been dried and cured are pressed between two heated metal plates to produce two different products - called “live rosin” and “rosin” respectively. Afterwards, the resulting rosin is collected via a rosin press. Manufacturing cannabis rosin does not require the use of potentially harmful solvents. Therefore, cannabis rosin is one the purest, most potent cannabis concentrates available.

Last but not least, there is a method of distilling cannabis. Unlike alcohol, cannabis does not need to be fermented first, nor does it produce a liquid product. Instead, it produces a nearly pure form of THC powder, as pure as 99% THCa.

As you can see, the science of cannabis concentrates has come a long way since the early days of landrace cannabis strains and hand-rubbed hashish. However, what should consumers expect out of these new products? How much work goes into the production of each one? In order to answer these questions, we will need to delve into the pros and cons of each type of cannabis concentrate.

Hashish has the advantage of not requiring the use of solvents during production. Naturally, there are no leftover solvent residues in the final product. However, even the purest forms of hashish are not as pure as QWISOs, BHOs, or PHOs because hash consists of concentrated trichome glands. Even hash that is 100% pure trichomes contains some degree of plant matter. From a producer’s perspective, using any of the three methods of making hash mentioned above is far more time consuming and labor intensive than making hash oil or cannabis rosin.

Cannabis rosin can easily be collected from parchment paper after the pressing process. Consequently, creating cannabis rosin requires less meticulous labor compared to dry-sift hash. It also does not require the use of potentially dangerous solvents. Finally, a person does not need to possess a sophisticated and expensive laboratory machine, as is the case with producing CO2 hash oil or cannabis distillates.

That said, cannabis rosin is perfect for home production, as you have no need for a fancy pollen press or expensive laboratory equipment. In fact, anyone can easily make cannabis rosin at home by employing a simple, handheld, portable, rosin press. For the average cannabis consumer who only has the need to make two or three grams of cannabis rosin per month, the Juice Box Portable Rosin Press is the perfect tool for the job, since it is the only portable rosin press specifically designed for the home cannabis consumer! If you are looking for a larger press check out our rosin press, twist top rosin press and our small 2 ton bottle jack press.

Distilling cannabis requires a very sophisticated and relatively expensive extraction machine. Due to the technical knowledge needed to use it properly, cannabis distillate is very difficult to make at home. Furthermore, cannabis concentrate of that purity could very well be harmful to the user if too much is consumed at one time. Thus, cannabis distillates are best reserved for laboratories and medical use.

However, regardless of which type of hash oil you choose, this type of cannabis concentrate is significantly more potent than even the purest forms of hashish. On the other hand, it requires the use of solvents to manufacture any and all hash oils, which inevitably leaves some residue behind in the finished product.

Producing CO2 hash oil requires a highly specialized and relatively expensive extraction machine, as well as the technical knowledge of how to use it properly. Therefore, it is very difficult to make at home. Consequently, CO2 hash oil tends to be significantly more expensive than either hashish or other forms of hash oil.

Rosin Is the safest and most flavorful cannabis concentrate

When it comes to cannabis concentrates, cannabis rosin is arguably the best possible choice! After all, the product is more potent, requiring far less labor to produce than hashish. Additionally, rosin does not require the use of solvents during production, nor does it require the use of complicated and expensive laboratory equipment. Instead, cannabis rosin can easily be made at home with a simple, hand-held, rosin press like the Juice Box Portable Rosin Press. 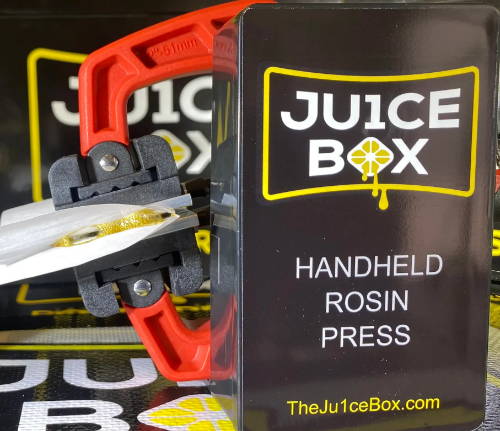